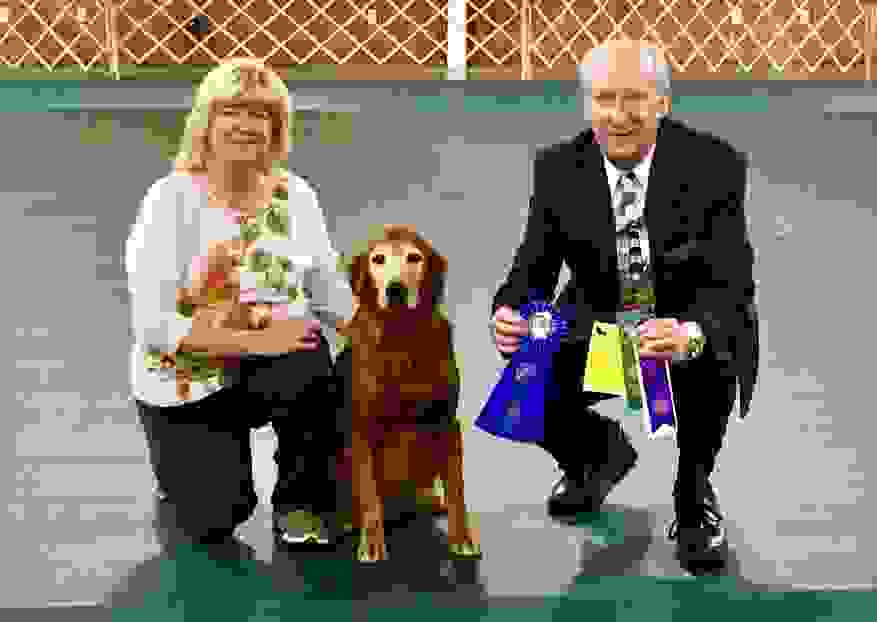 Dogs are opportunist/problem solvers that will always seize the easiest and most enjoyable way to accomplish a task.   Sound dog training will always take this into consideration.  Dogs are simple creatures that see things in "black and white as well as being situational creatures." Dogs do not understand the meaning of "The gray area" and have to be shown all possible views or solutions to their problem.   Dogs do not understand anger or dominance type behaviors from humans because they cannot "read between the lines" and become confused.   A confused dog will loose confidence and fail to learn.   I train Golden Retrievers and raise golden retrievers puppies. I learn new insights with every dog I train and every litter I raise.

Ever owned a dog that jumped up on you?  When you became angry about him jumping on you, what did he do?  Did your anger cure the jumping up problem?   What was the reason the dog jumped on you?   How did that dog learn to jump on you?  Well--I'll bet that dog was once a brand new puppy in your home.    I'll also contend that brand new puppy was lonely and wanted your attention.   What was the pup's problem and how did he solve that problem?  I'll take a guess and say he tugged at your pants leg or scratched your knee.   What did you do when that just-too-cute pup gave you a sad look?   You did what most folks do; you reached down and either picked him up or spoke to him sweetly.   Guess what?   You just taught the puppy to solve the problem of getting your attention by jumping up on you.

My training principle is based on teaching the dog how to solve his problems by seizing the opportunity to motivate me to give him a reward.   The reward can be applied in many ways but to keep it simple: petting and praise, food, freedom, or comfort.      I use an intermit reward schedule that actually makes the behavior being rewarded more appealing!